You’ve probably seen all the drama that’s been unfolding right before our very eyes on social media this week (and for the better part of the past year[s]) – a narrative we’ve all been a part of since 2009, if you will. 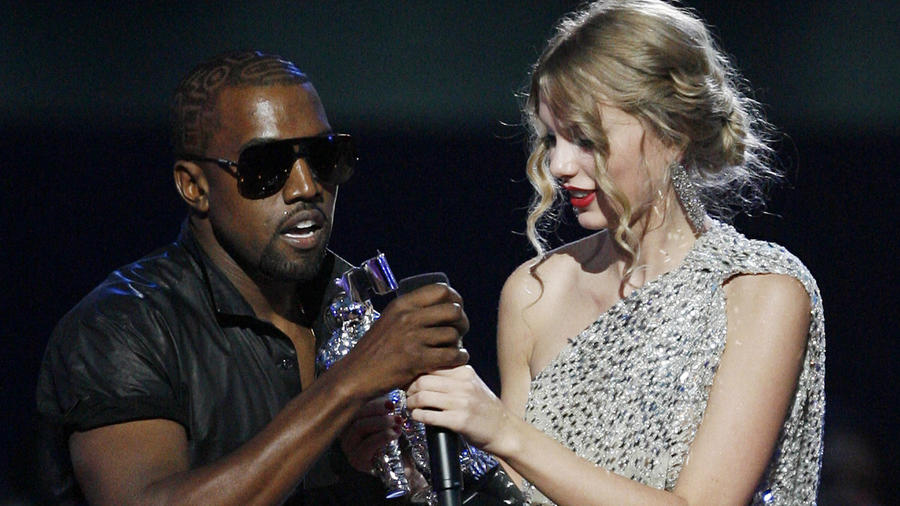 I’m not going to bore you with details, but if you’ve been living under a rock, here’s a nice little synopsis to catch you up.

When you make a mess, you clean it up, right? Then there are those messes that just seem to smear – no matter what you do, it’s just getting worse. America’s latest sweetheart, Taylor Swift, has finally done that: she found a mess that she can’t clean up. Try as she may, she has just smeared the damn thing all over America’s kitchen floor.

Yes, drama unfolding and hashtags trending is hilarious for those of us who aren’t apart of the ordeal. Don’t lie — you know it is. However, there is a bigger picture that some fans are just realizing.

Yes, we all know it’s true to an extent, but America’s lovely Tay?! Teen girls everywhere are gasping that their idol is being revealed as a cold and calculating pop diva vs. the sweet and innocent country crooner they fell in love with.

There is no taking it back. We have all heard Swift basically refer to herself as a commodity, worry about overexposure and discuss a plan to manipulate the media so that her light shines the brightest. Which, let’s be honest, we all know artists do this to an extent, their careers depend on it – but, to hear the artist say it? Not even directly to a member of their marketing team or someone involved with their career? Mentioning how Kanye West’s flowers got her the most Instagram likes she’s ever had? She just naturally thinks that way?

She just lost all of the genuine attributes that made her the average girl’s “best friend.” She became Regina George in 2.5 seconds, flat thanks to the slippery slope of fame. Yes, she may not have known she was being taped (which is illegal in most states), but she had to know she was on speaker phone (you don’t have to be a rocket scientist to know when someone has you on speaker). Yes, she definitely didn’t want said tape to be released (she supposedly sent a letter to the couple’s lawyer about it even after denying its existence). But, it’s clear that she did want all of the light from West’s single focused on her.

Regardless, we have all heard it from her mouth now — and there is no putting Pandora back in her box.

Then you have Kanye West and Kim Kardashian-West. Now, I may not be a Kardashian viewer/fan, but I know who she is — and so do you. We know that the Kardashians are master manipulators of the media (Kardashian-West could clearly teach Swift a thing or two). If they weren’t, they definitely wouldn’t have risen to the level of fame they have achieved for, well, basically nothing when you think about it.

What we also know about Kardashian-West is that she viewed herself as a commodity from the very beginning of her rise to fame. She never denied it in any way. And hey, kudos to her for capitalizing.

Kardashian-West, taking the definition of stand by your man to the utmost extent, furthered her commodity by not only “releasing the receipts,” but timing it to coincide with: National Snake Day (which is apparently a thing), and an episode of her TV show featuring her recent GQ magazine cover. Clearly that was intentional, and you can’t blame her for that. It’s how she makes her living.

Let’s not kid ourselves, the couple definitely met with a lawyer prior to releasing those tapes. They knew what could come their way from the Swift camp. They were ready to take the heat in order to vindicate themselves (and possibly take Swift down from the high horse she was on during the whole situation). They were also ready for the media storm, as they conveniently always are.

Any other year and an attack of this nature on Swift would’ve been dismantled by the media, fans and friends. But there is no going back when it’s on tape. It’s Taylor Swift (and squad) hunting season in Hollywood, folks.

What does this say about society in general? In my humble opinion, it’s probably nothing good. We witnessed a calculated takedown of epic proportions. And. We. Cheered.

What does this mean for the entertainment industry? Time can only tell. It could mean that fans will begin to doubt every artist, which in reality they shouldn’t because not everything is calculated. It could be a passing concern that will develop into nothing.  It will surely change how artists operate, especially when it comes to communicating with one another.

It definitely means more for Swift’s reputation than Kardashian-West’s though. Everyone who had dared to tarnish her perfectly-polished image before has been taken down – branded a bully of some form by fans.

This time there is no publicist’s statement, only a note (that some also took as being calculated) that seems to come from Swift herself – yet again, trying to change the flame-filled narrative that she seemingly fueled with a massive amount of gasoline via her Grammy acceptance speech and statement after the release of “Famous.” She couldn’t have just said nothing, right? She had to make a statement after her plan for the red carpet backfired (if that was even going to be followed through with in the first place) and again after the tape (of the phone call she said never happened) had been released. She had to change the narrative toward herself – something in her favor, make it about his words and not her own, if we’re to believe that’s how she operates, right?

Although Swift is clearly a victim of some form in this incident, it’s more of a grey area than any other time before. She’s a victim of having her own words used against her.

This, as we all know, is a horse of a different color.

Featured Image via The Daily Beast